We now offer coffee at The Go To Chocolate Store.  So, it is our responsibility to educate you on the facts–both positive and negative–about our favorite drink, coffee.  This article will address how coffee affects your brain.  Is coffee a fitness food for your brain?  Here’s a hint:  Take a brief “coffee break,” read this post, and improve your brain.

Before I retired to work at The Go To Chocolate Store, I would sometimes drink five or six cups of coffee every day.  I would get going, and I would keep going fueled by coffee.  I believed that drinking coffee made me stronger, more energetic, and more alert than I would have been without it. 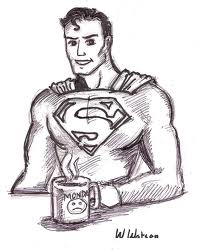 But I did sometimes wonder if the effects that coffee had on me were products of my imagination or wishful thinking.  Well it seems that there is a lot of research that supports what I and many other coffee drinkers have believed for a very long time.

We Coffee Drinkers Are Not Alone

Coffee is this planet’s single most valuable traded food commodity.  There are over 2.25 billion cups of coffee drank worldwide every day.   According to Sally Greenberg, the National Consumer League’s executive director, 85% of the U. S. population drinks coffee every day. [1]

What Is It About Coffee That Makes It So In-Demand?

Apparently, caffeine suppresses a neurotransmitter in our brains called adenosine which influences attention, alertness, and sleep.  Without caffeine to suppress it, adenosine builds up throughout the day.  When it reaches a certain level, it tells your mind and body that it is time to go to sleep.  As you sleep, the adenosine levels decrease.  After a good night’s sleep, the process begins again…unless you drink coffee.

Caffeine blocks or resists adenosine’s ability to make you sleepy.  In fact, caffeine stimulates chemicals like glutamate and dopamine giving you a surge of energy and improving mental performance.  These chemicals have even been shown to slow age-related mental decline.

Caffeine also increases serotonin which makes you feel more positive.  Caffeine has been shown to improve learning by up to 10% and to relieve headaches and migraines by constricting blood vessels in the brain. [1] What other food or drink can do all this?

Does Coffee Protect Your Brain? 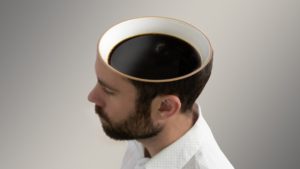 I guess most people would like to be stronger and smarter, but I think everyone agrees that it is more important that they keep the cognitive abilities that they already possess.  According to Dr. Donald Weaver, co-director of the Krembil Brain Institute, there seems to be some correlation between coffee consumption and decreased risk of developing Alzheimer’s disease and Parkinson’s disease.

But according to findings of Dr. Weaver and his team published in the Frontiers in Neuroscience journal, the brain-protecting benefits of coffee may not lie in the coffee’s caffeine content; they may be related to the compounds that are released in the process of roasting the coffee beans. [2] And so the plot—or pot of coffee—thickens.

Whether it is the caffeine or compound released during the coffee-bean-roasting process, coffee drinkers are less likely to suffer cognitive decline, memory impairment, and dementia than non-coffee drinkers.

According to Dr. Peter Kadile, coffee has also been shown to reduce the risks of physical ailments like Type 2 Diabetes, abnormal heart rhythms, certain cancers, heart disease, stroke, respiratory disease, and infections.  This is credited to the high antioxidant activity of coffee.  Antioxidants are the nutrients that help to protect the body from tissue damage. [3]

Just as importantly to most people, moderate coffee may lower the risks of cognitive decline, memory impairment, and dementia.  But while people who drink one to two cups of coffee a day have far less risk of cognitive issues than people who drink no coffee, these benefits decrease as coffee intake increases to more than 3 or four cups of coffee a day. [3]

Can Coffee Improve Your Memory? 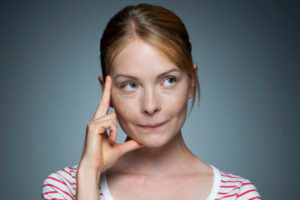 As I mentioned earlier in this post, coffee makes me feel more alert.  And millions of other coffee drinkers working and studying around the world seem to support my belief.  But how does the caffeine in the coffee gives us that boost?

It’s no secret that caffeine can keep you awake and alert-for a while.  Apparently, caffeine plugs sleep-triggering receptors in your brain while allowing energizing brain chemicals like glutamate and dopamine to circulate more freely.  It is these two chemicals that are responsible for the “buzz” you get from coffee. [4]

And, it seems that caffeine also ramps up those chemicals responsible for memory storage.  According to a study conducted at John Hopkins University, drinking one or two cups of coffee can increase a person’s memory for new information by about ten percent.  There is also evidence that caffeine consumption may boost a person’s sensory awareness to light, color, and sound.  Improved sensory absorption may be responsible in part for increased information retention.

There are also dozens of research papers that link coffee and caffeine to improved decision making, focus, quicker information recall, longer and sharper attention span, and many more brain benefits.  And because caffeine may also increase the activity of serotonin in your brain, it may be helpful in fighting off clinical depression. [4]

What is the Bad News?

Some studies have concluded that coffee is habit-forming–no surprise here—and tolerance forming.  I guess that means that to continue getting the same benefits for your brain, you need to continue drinking coffee.  Wait a minute.  That doesn’t sound like bad news to me.  Well, you may have to drink more and more coffee to get the same results.  But according to a study by the Oregon State University, drinking up to 24 ounces of coffee a day has few downsides.

I guess that I am one of the lucky few who does not experience sleepless nights if I drink coffee just before bedtime.  My wife does tell me, however, that as I drink more and more coffee, I begin to talk louder and faster.  I don’t notice this, but I have reduced the amount of coffee I drink to three or less cups a day.

Coffee seems to positively benefit your brain health and mood in many ways.  The boosts in energy, alertness, and mood are real and often dramatic.  But as with any supplement, quality matters, and I will be discussing how to recognize the best quality coffees in future posts.  So, stay tuned.

As always, if you found this article informative and interesting, please take a moment to Share us and Like us on your favorite social media site.  And don’t forget to shop our store at:  https://thegotochocolatestore.siterubix.com/store/