Before we can answer the question of whether dark chocolate is “better” than milk chocolate, we must define “better.”  In this post, I will use four criteria to define the term “better”:  taste, health benefits, mood-enhancing effect, and cost.  With the following information, I believe that you will be able to make an informed decision about which chocolate is “better” for you.

What is Dark Chocolate? 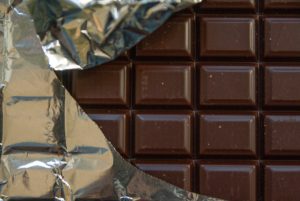 Dark chocolate (also known as black chocolate, plain chocolate, or bitter chocolate) [1] is dark in color and contains a high percentage of cocoa solids and cocoa butter, usually no milk, and varying amounts of sugar.” [2]   Dark chocolate is usually made with less sugar than other types of chocolate.  But it is primarily the lack of milk that distinguishes dark chocolate from milk chocolate.

A higher percentage of cocoa solids does not necessarily mean a better-quality chocolate, but it does mean more expensive ingredients were used.  The quality of the chocolate is determined by many additional factors in its overall recipe and processing. [5]

What is Milk Chocolate? 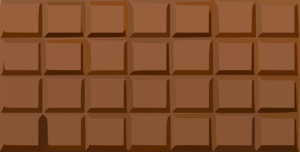 Governmental requirements regarding the proportion of ingredients in milk chocolate vary throughout the world, but there are some commonalities.  Generally, at least 10% should be chocolate liquor, at least 12% should be milk solids, and at least 25% should be cocoa solids.  There are exceptions for lower cocoa solid content where it can be traded as ‘family milk chocolate.  Cocoa butter, vanilla, milk fats and lecithin are also often used. [6]

White Chocolate is Not Really Chocolate

Milk and dark chocolates are made from various proportions of the non-fat part of the cocoa bean.  But white chocolate contains no cocoa solids whatsoever.  And as I stated above, the FDA requires a minimum 2 percent cocoa solids for a product to claim to contain chocolate. 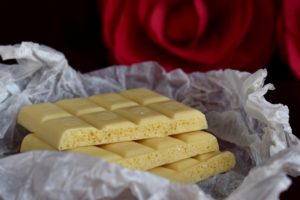 White chocolate is made from cocoa butter, a pale-yellow edible vegetable fat which has a cocoa aroma and flavor.  Cocoa butter doesn’t taste good on its own, so milk, sugar and sometimes vanilla are added to deliver a sweet and creamy product.

If it’s whiter and less ivory in color, it may also contain supplemental vegetable oils and fats or artificial color additives. [6]

Is Chocolate a Healthy Food? 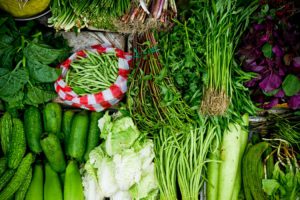 In my previous post, “What You Need To Know About The Health Benefits of Chocolate for Men, Especially Husbands,” I stated that what we “know” has a way of changing over time.  I made that not particularly insightful statement before introducing the following recent quote from Barkeater Chocolates:

The FDA in conjunction with the USDA, unveiled the newest Food Plate guidelines in a White House press conference earlier today. The change comes with a tasty addition: chocolate. Citing 401 independent studies on the compounds of chocolate, the newly appointed FDA Commissioner, nominated under President Trump, declared chocolate has met the federal guidelines for being a vegetable. [3]

So now that we have FDA verification that chocolate is healthy, how to we determine which chocolate–dark or milk–is the best.

Which Chocolate Tastes the Best? 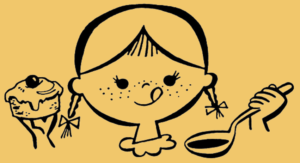 A person’s preference for one food over another is subjective.  Some people like Brussel sprouts; some do not.  Some people prefer sweet candy; some dislike all sweets.

After discovering the taste of dark chocolate many years ago, I developed a strong preference for chocolate with a minimum of 70 percent cocoa content.  But apparently, I am in the minority.  Over 70 percent of the people in North America prefer the sweeter taste of milk chocolate to dark chocolate. [7]

Of course, not all chocolate, dark or milk, is created equally.  Refer to my post, “How To Know If The World’s Finest Chocolates Are World-Class”, for a sobering look at this topic.

Which Chocolate is Healthier?

Chocolate is made from cocoa. Cocoa is a rich source of health-protective phytochemicals, like the kind you get from fruits, vegetables and whole grains. Two tablespoons natural cocoa powder offer the same antioxidant power as 3/4 cup blueberries.   Compared to milk chocolate, dark chocolate is the richest source of phytonutrients. [8]

According to one source, [9] there are at least five reasons why dark chocolate is healthier:

Eating Chocolate Can Improve your Mood 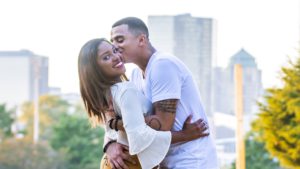 Research indicates that this is due, at least in part, to cocoa’s wide range of phytochemicals, including flavanols, methylxanthines, which are stimulants, and salsolinol, a derivative of dopamine which is thought to be the addictive component of chocolate.

In addition, cocoa has desirable orosensory properties which refers to the palatability or the taste of chocolate.  This may explain individuals’ desire to eat chocolate and its effects on mood. [10] 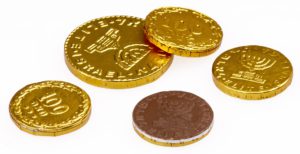 As I stated earlier, a higher percentage of cocoa solids means that more expensive ingredients were used in the chocolate making.  If nothing else is considered, dark chocolate would be considered costlier.  However, dark chocolate is more filling, which might mean that you would eat less of it.  So, true cost might be difficult to accurately gauge when determining which type of chocolate is better.

I have discussed what it is that makes chocolate “dark,” or “milk,” or “white.” I then introduced the FDA’s declaration that chocolate meets the federal guidelines for being a vegetable. Next, I revealed that my preference for dark chocolate over milk chocolate is held by the minority of the North American population.

I then presented five reasons in favor of the health benefits of dark chocolate over milk chocolate.  And finally, I presented the mood enhancing properties of chocolate, pointing out that the higher the cocoa content, the greater the effects.  And I also suggested that the cost difference between dark and milk chocolate may be negligible.

So, these are the takeaways:

If we eat chocolate as a rare treat, taste would probably have a greater influence on our choice of a chocolate than the chocolate’s health benefits.  But if we enjoy eating chocolate every day, the greater health benefits of dark chocolate may be the deciding factor.

Remember, all chocolate should be consumed in moderation.  But whichever chocolate you prefer, please consider finding it at the Go to Chocolate Store.

If you found this article informative and interesting, please take a moment to Share us and Like us on your favorite social media site.